What should I feed my dog? It should be a simple question, but the unfortunate reality is that the answer often gets lost in misinformation and misunderstanding, not only about dog food but dogs in general.

Scientific studies ‘proving’ that kibble can sustain a dog’s life abound. It seems like every brand of commercially processed dog food you can find has been ‘scientifically proven’ to meet all of the nutritional needs of our furry friends.

These scientific studies and feeding trials have very low standards making them an easy pass. For example, the Association of American Feed Control Officials (AAFCO) designation of Complete and Balanced or For All Life Stages only requires a feeding trial of eight animals for 26 weeks.

They only require six of the eight dogs to survive the 26 weeks. The surviving dogs can pass with up to 15% of body weight loss and tested blood values below a specified minimum.

Yet the public puts a great deal of confidence in these designations because, well, it’s science.

It’s no wonder that I often get asked to cite the scientific evidence that leads me to believe dogs should eat a balanced raw diet like wolves rather than processed, commercial kibble.

A Brief History Of Dog Food
As impressive as they may sound, these scientific studies are actually very new and have only been able to look at results over the short term.

This is because processed kibble for dogs has really only been around since the 1800s. In fact, the first commercially produced dog food was introduced by a businessman named James Spratt in 1860. That’s only 160 years ago (that’s 1,120 in dog years). His dry dog food business was extremely successful and extremely lucrative.

Following Spratt’s success, the dry dog food industry and the science that supported it seem to have been driven and shaped more by the market than by any real long-term studies on the impact the new diet had on the health of domestic dogs.

Now, 160 years later, I believe we are seeing the results of processed, commercial kibble. Our canine companions that are eating processed food just keep getting sicker and sicker. Deaths from cancer, diabetes and degenerative conditions are the norm. There are more veterinary clinics than ever before yet dogs continue to die prematurely and suffer from chronic illnesses.

The natural diet stance is based on long-term trials that go beyond a mere 160 years. Humans and dogs have been working and living together for at least 15,000 years (possibly more) and up until the Industrial Revolution and James Spratt’s dry dog food business venture, domestic dogs thrived eating a natural, raw diet.

I say natural because dogs as a species are carnivores, just like wolves. In fact, wolves and dogs are the same species.

Carnivore or Omnivore?
Interestingly enough, proponents of a processed, commercial kibble diet are now questioning the relationship between the wolf and dog. They even suggest a dog is not a carnivore but an omnivore. If dogs and wolves are not closely related then they don’t require the same diet.

If this is true and dogs have the digestive systems of omnivores it would support the idea that we can continue to feed our beloved pooches a processed diet full of corn and chemicals. The difficulty in this line of thinking is that the relationship between dogs and wolves is well understood and well documented.

Science has come a long way and in 1993, the Smithsonian Institution and the American Society of Mammalogists reclassified dogs as Canis Lupus Familiaris (subspecies of the gray wolf Canis Lupus).

In other words, the domestic dog is no longer classified as a separate species, it is a subspecies of the gray wolf and a wolf is a carnivore.

In fact, the connection is so close you can actually breed a wolf and a dog and produce viable offspring. This is an important distinction when it comes to determining species.

The processed food promoters counter this argument by citing the strong genetic relationship that exists between humans and chimpanzees, yet no one would suggest we should eat the same food as a chimp or vice versa. (ironically the chimp diet is probably healthier than the typical North American diet).

While there may be some similarities, humans and apes cannot interbreed in the same way that dogs and wolves can. They are not the same species. The distinction is enormous.

Since a dog’s internal physiology is the same as a wolf, it stands to reason that a dog’s nutritional needs are identical to a wolf.

This means dogs need to consume a balance of meat, bones and organs of herbivorous prey.
Plant matter in the digestive system of the prey is removed and not consumed.

The Difference Raw Makes
Aside from the historical aspect of raw feeding, I have personally witnessed the wonderful healing and restoring powers of a species-appropriate diet.

I have also had the privilege of being in the natural dog food industry for well over a decade and I have received thousands of positive reports of dogs returning to good health after switching to a totally raw diet.

What I and many others have seen and experienced is that many common health conditions plaguing our beloved pets today have roots in the consumption of processed, commercial kibble.

So, see your pet for what he is, a pack oriented, carnivorous friend. Accept him for the little wolf he is and provide him with a diet to match his genes and it will go a long way towards helping your beloved pooch live a long healthy life. 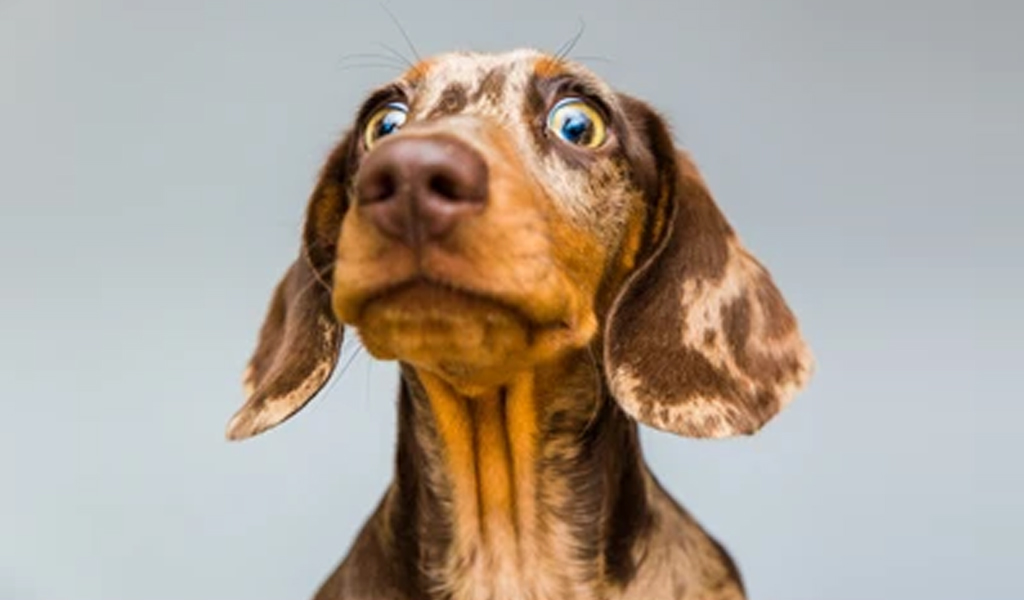 You were not leaving your cart just like that, right?

Enter your details below to save your shopping cart for later. And, who knows, maybe we will even send you a sweet discount code :)

Shopping cart
There are no products in the cart!
Continue shopping